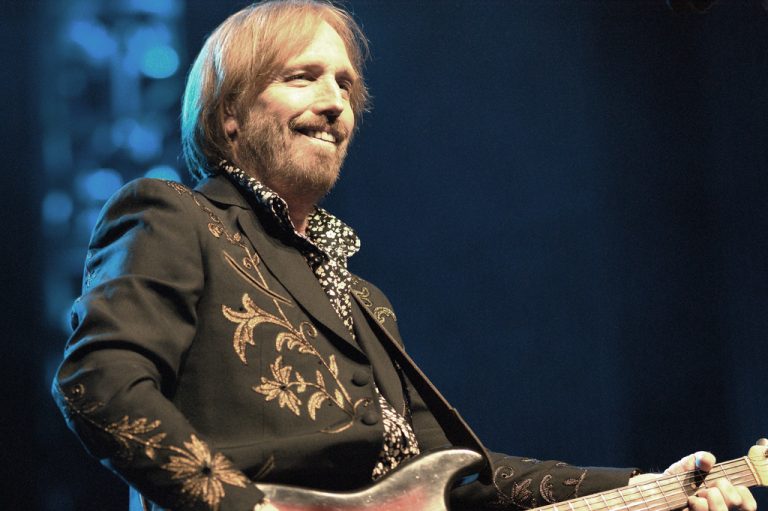 Do something you really like and hopefully it pays the rent. As far as I’m concerned, that’s success.

He’s one of the most revered singers and songwriters in classic rock. Tom Petty songs like “Mary Janes Last Dance,” “Free Fallin,” and “American Girl” are rightly seen as classic.

Yet, somehow, Tom Petty is underrated by many. How does that work?

Some only know, or recognize, his 70s and 80s output. Tom Petty hits like “Refugee” and “I Won’t Back Down” are overplayed on classic rock radio, sure, but that doesn’t make them any less powerful.

Many also compare him with other classic rock, or more specifically heartland rock, songwriters like Bruce Springsteen, John Mellencamp, and Bob Seger.

The proof, ultimately, is on the vinyl.

Petty’s work holds up better than most of his peers, especially those that are still played on the radio. Considering that “classic rock” radio has devolved into playing mostly 80s hair metal, this is especially true.

Contrary to some popular belief, although it is well-known among fans, Petty made his best, most consistent albums between 1994 and 2002. Tom Petty albums from this era like Echo, She’s the One, and especially Wildflowers prove as much. A little help from super producer Rick Rubin didn’t hurt, either.

Remember, this was after his groundbreaking, back to basics ‘70s albums that included iconic Tom Petty songs like “Breakdown” and “Even the Losers.” It was after 1989’s classic Full Moon Fever with Petty hits like “Free Fallin’” and “Runnin’ Down a Dream.”

Any musician’s career would be seen as successful with even a fraction of these highlights. But his best material hadn’t been made.

1994’s rightly heralded Wildflowers, which recently saw a massive re-issue, boasts huge Petty hits “You Wreck Me” and “You Don’t Know How it Feels” in addition to favorites like “It’s Good to Be King,” “Cabin Down Below,” and the title cut. Wildflowers is Tom Petty’s best, most consistent album.

Those who think that Tom Petty is a one-dimensional John Mellencamp or Bob Seger clone are wrong. Don’t get me wrong, I have love for them as well, but they just don’t have the subtlety, complexity, and variety of Tom Petty. For proof beyond the surface, check out album cuts like “House in the Woods” (the visceral drumming is a highlight) and stirring “Crawling Back to You.”

She’s the One, although it contains multiple versions of songs, outtakes from Wildflowers, and covers, is nearly as classic, although far from as heralded.

It too has recently seen a cool re-issue/re-packaging as  Angel Dream: Songs and Music from the Motion Picture She’s the One.

“Walls” is an all-time Petty (and rock n’ roll) classic. His well-chosen covers of Americana singer Lucinda Williams’ “Change the Locks” and early Beck track “Asshole” improve on the originals, making them seem tame by comparison. “Angel Dream,” “Supernatural Radio,” and “Hung Up and Overdue” are emotive and beautiful.

Check out the album on Spotify.

Although you don’t hear them on the radio anymore, several songs from Petty’s 1999 Echo were played heavily when it was first released.

“Free Girl Now,” “Swinging,” and “Room at the Top” all had regular rotation, hitting numbers 5, 17, and 19 on the Billboard Mainstream Rock chart.

This was well-deserved, even if the stations that gave them their popularity are now too busy playing Metallica and Motley Crue twelve times a day to bother with them.

The rest of the album is filled with other affecting, well-written songs like “Counting on You,” “Echo,” “Rhino Skin,” and “One More Night, One More Day.” Check out the album here.

The Last DJ, released in 2002, marked the end of Petty’s final push.

While there are some weaker songs when compared to Wildflowers or She’s the One, “When a Kid Goes Bad” and “Lost Children” come to mind, it is still a strong album.

Petty’s willingness to “bite the hand that feeds him” by criticizing the greed of the record industry throughout is admirable. The results are some of his most biting songs, including the criminally underrated title cut, beautiful “Dreamville,” and catchy, meaningful should-have-been hits “Have Love Will Travel” and “Can’t Stop the Sun.” Check them out here.

More than any era of his career, Tom Petty albums from 1994’s Wildflowers to 2002’s The Last DJ show his versatility as a songwriter.

That he had two classic eras before that, “Refugee” 70s Petty and the Full Moon Fever 80s era, and continued making great albums until his death, including Mojo (2010) and Hypnotic Eye (2014), only underscore that Tom Petty is indeed the King of Heartland Rock.