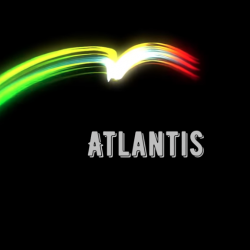 Thanks largely to Stranger Things – though also our natural human tendency to look back nostalgically, a la Happy Days in the 70s – the 80s have made a distinct comeback in the last few years.

It isn’t the first time this has happened, actually. Remember VHS or BETA? They were part of a short return of the 80s in the early ‘00s that also saw, among other things, the failed experiment that was That ‘80s Show, which incredibly featured a very young Glenn Howerton (Dennis from It’s Always Sunny in Philadelphia).

The reason the 80s always seem to come back is that, well, there was lots of cool stuff in the 80s. One world phenomenon that is perhaps lesser known in America is that of Italo Disco, a genre that was prominent at the time, especially in Eastern Europe and Europe more broadly.

Italo Disco finds its roots in Italian 80s pop. It’s raw, passionate, and steeped in 80s dance sounds. The upbeat genre also tends to have a positive message, which is obviously a nice antidote to how depressing the world can be. The most well-known band to American ears with elements of Italo Disco is Pet Shop Boys, though other popular acts include Modern Talking, Fancy, and Linda Jo Rizzo.

Positivity, and all the best qualities of Italo Disco, are in full display on “Atlantis.” The track finds the return of Roubix, and he teams with one of the world’s most popular Italo Disco artists, D. White.

Roubix, a.k.a. James Thorp, began writing music at a young age, being influenced by alternative pop and progressive music of many stripes. His popular debut, humorous “No! No! No!,” began a stretch of ear-catching singles in 2009 and 2010. Interest in Roubix grew once TWE Records began distributing his music to platforms across the world.

In 2011, Roubix began taking a different approach, teaming with Andy Haldane for “Crazy 4 U,” a song that was released free to fans. The 2013 EP Forbidden followed, which saw them collaborating with Neks Official, who prepared for the project by remixing a handful of Lady Gaga songs as inspiration.

Not long after, however, Roubix went on hiatus due to the loss of a friend, only able to work on music when he was in a particularly good mindset. “The music I want to make is upbeat, happy, excitable, and something that makes people want to either dance or sing along,” he says. As he wasn’t in the right mindset to be able to do that, he bided his time.

When he was ready to re-emerge, he contacted D. White, one of Russia’s largest and most successful Italo Disco artists, who regularly tops the disco charts over there. He has gained a following around the world, especially through Europe, but even with our neighbors to the south in Mexico.

Roubix, always a huge fan of D. White, was thrilled to hear that he’d be willing to work with him, and thus “Atlantis” was born.

When they began working on the song, both Roubix and D. White knew they wanted to create something positive, which is where the topic of Atlantis came in. They wanted to write a unifying song, and Atlantis, which according to legends contained people who were united and equal, seemed the perfect fit.

The sunny, poppy Italo Disco track fits its theme well, as does its video. An effective, effortless disco beat lays the foundation for layers of energetic, authentic synths. The lyrics are the perfect sort of message for our often fractured world:

So take me to Atlantis

I know I could get lost there

And I could be redeemed

Please take me to Atlantis

Where I can see the glow

Fortunately, this won’t be the last we hear from Roubix in the near future, as he’s working on a new E.P. that’ll be released in early 2023.