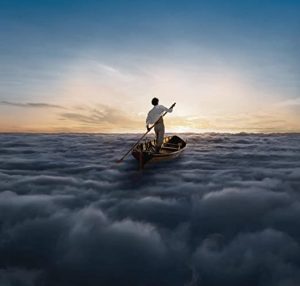 The Return of Pink Floyd

Pink Floyd fans were rightly excited when, in 2014, the group announced their first new album since 1994’s The Division Bell.

For some, hopes were slightly dampened when it was revealed that the album would mostly be made up of instrumentals recorded during the Division Bell sessions.

Hardcore Pink Floyd fans were likely thrilled. Some of the band’s best material between A Saucerful of Secrets and Dark Side of the Moon, like the live portion of Ummagumma and the title track from Atom Heart Mother, were long instrumentals.

Guitarist David Gilmour and late keyboardist Rick Wright, who the album was a tribute to, especially thrived in the long, ethereal instrumental setting.

As such, it’s no surprise that The Endless River is a classic Pink Floyd album.

Truly a Band Unto Themselves

The atmosphere that Gilmour, Wright, and drummer Nick Mason create is entrancing in a way that is uniquely Pink Floyd. Instrumentally they’re still at the top of their game, the guitars blistering, the keyboards and synths swelling and brooding, the drums adding perfect texture. Floyd lives again.

As Gilmour said in interviews, The Endless River is for people who still listen to albums as a whole. The best way to listen to it, and this can be said of anything released on the format, is on vinyl.

This is especially the case here because The Endless River is separated into four distinct sides, even on the CD. The parts of each suite are unique but also form a coherent whole. The band is still innovating, even nearly 50 years after its inception.

Opening “Things Left Unsaid” establishes the tone of the album with its spacy, “Shine on You Crazy Diamond” feel. That song, combined with ’90s Floyd, is the essence of side one.

Gilmour’s heavy, tasteful guitar work at the end is vintage, as it is on side two opener “Sum.” Wright’s textures evoke The Final Cut and the folk experimentation on Meddle. “Unsung” and “Anisia” suggest the mellower passages on Dark Side of the Moon.

If there was any justice in the world – or guts on the radio – the suite of side three would have been Floyd’s last iconic hit.

More “Shine On” feel and spacy synths turn into an upbeat section that sounds like the songs later, faster sections, with some Division Bell thrown in as well. Swelling synths and dark chords, combined with some Gilmour acoustic flourishes, break into an homage to The Wall’s “Run Like Hell.” It sounds both new and familiar, which is the strength of Endless River.

At the very least, “Autumn ’68” and “Talkin’ Hawkin” should have been culled for a single. The former, based around an organ solo recorded at the Royal Albert Hall in 1968, is gorgeous. After a brief return to “Run Like Hell” -ish “Allons-y” we get a special appearance from scientist Stephen Hawking on “Talkin’ Hawkin,'” who also appeared on The Division Bell’s “Keep Talking.” Its piano riff and emotive synth feel are classic Floyd.

Side four, which concludes with the album’s only non-instrumental song, “Louder than Words,” conjures nearly every Floyd era.

The swelling synths and funky bass line of opening “Calling” is Division Bell meets The Wall. It gives way to lots of Meddle-like guitar signatures, think “One of These Days,” and combines them with an atmosphere reminiscent of the instrumental passages on Wish You Were Here.

Closing track “Louder than Words,” although marred by rote lyrics, is still up there with top later-era Floyd songs like “High Hopes” or “Lost for Words.”

The best thing about The Endless River is that it indulges in the ethereal, spacy Pink Floyd sound that only they can create. With the album, Floyd is alive again. Not as a retread or for nostalgia, but in a living, breathing, real way.