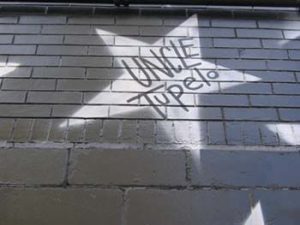 In the late ‘80s and early ‘90s, Uncle Tupelo led a revolution of sorts.

The band, fronted by Jay Farrar and Jeff Tweedy, brought the Americana genre back into prominence, at least critically and among their rabid fanbase.

The genre Uncle Tupelo helped create, Alternative Country, is even sometimes called No Depression, the name of their debut album.

After the breakup of Uncle Tupelo, founders Jay Farrar and Jeff Tweedy had big success with Son Volt and Wilco respectively. Both bands are still active, and although they’re still releasing quality music, their commercial, critical, and artistic heyday was from 1992-2002.

There are many standout tracks on those albums, and if you’re looking for a good primer, check out Uncle Tupelo 89/93: An Anthology (2002). Some popular Uncle Tupelo songs include “Still Be Around,” “Sandusky,” “Chickamauga,” and “The Long Cut,” which they once performed on Conan O’Brien.

Below are three deep cuts that show Uncle Tupelo’s genius and versatility.

From the 1990 LP No Depression

“Cow punk” was one of the many names for Uncle Tueplo’s music. Their combination of hard country and punk is displayed in all its glory on Jeff Tweedy’s “Train.”

The youthful energy of both Farrar and Tweedy, who would soon become a bit too serious, shines through.

From the 1990 LP No Depression

Farrar’s first attempt at a statement song (“This song is sung for anyone that’s listening/this song is for the broken spirited man”), it shows that he could write meaningful, universal songs very early in his career.

Tweedy’s harmonies and the combination of mandolin and distorted guitars are highlights.

Anodyne, Uncle Tupelo’s final album, combined the rock of their early material with the more mature folk of their all-acoustic third album March 16. The results were easily the bands best album.