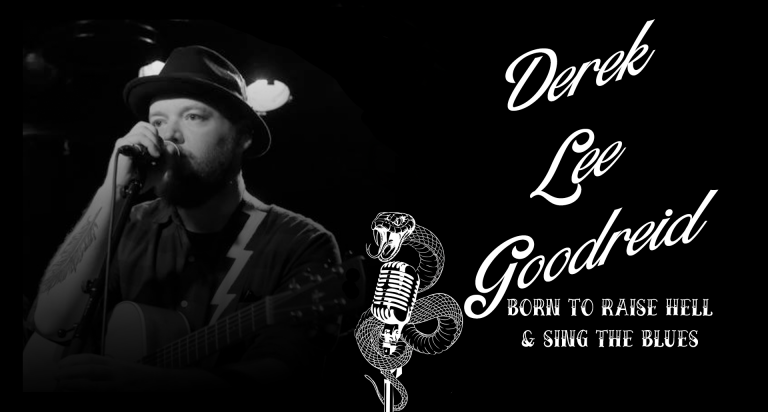 Mount Rushmore of the Blues?

If you ask blues die-hards their Mount Rushmore of blues artists, there might be more unanimity than you’d think.

Most would likely choose three, or maybe all four, of the following: Robert Johnson, Muddy Waters, Howlin’ Wolf, and B.B. King.

Like with all fun Mount Rushmore conversations, there’s bound to be arguments to include a different artist or two. For example, I might replace B.B. King with Charley Patton or Son House, each of whom were instrumental in setting the foundations.

No matter who you’d pick, it’d be hard to argue that there was a bigger personality in the blues than Howlin’ Wolf. It isn’t for nothing that Sun Records founder Sam Phillips said of Wolf, “This is where the soul of man never dies.”

Perhaps the most impressive thing about Wolf was his voice, which was just as big and untamed as his personality. He was an underrated harmonica and guitar player, and it didn’t hurt that he had some of the best blues songwriters working with him, including Willie Dixon.

More than anything, Wolf was cool. Although the Rolling Stones took their name from a Muddy Waters tune, they insisted Howlin’ Wolf join them on American music show Shindig! in 1965.

Howlin’ Wolf would have turned 112 on June 10, 2022. To celebrate, soulful Australian singer-songwriter Derek Lee Goodreid released “Born to Raise Hell and Sing the Blues,” a rough and tumble tribute to our favorite big man.

Goodreid has been incredibly prolific since 2014, releasing five albums and a handful of singles, most recently 2022’s The Love. He’s one of those rare artists that has evolved with each new record, and he even released an ambitious trilogy of albums in 2018.

His debut, 2014’s Lost and Found, has a soulful singer-songwriter vibe. His maturity and wit are already apparent, especially on largely solo tracks like “I Will Rise,” “Father and Son,” and “Hold Fast Hope.”

As mentioned, Goodreid released an ambitious trilogy of albums in 2018, God, the Devil, and I, Feel It!, and Beneath Starry Skies. More than just ambitious in their scope, musically they are a seismic leap forward.

Each album has its own vibe. God, the Devil, and I is a largely rollicking affair, introducing rockabilly and ‘50s rock into his sound. It also featured his first dabbling in the blues with stinging “My Inheritance.”

Feel It! is even more rock oriented than God, the Devil, and I, with distorted electric guitars anchoring many of the tracks. He hearkens back to his singer-songwriter roots on “Rosita” and “Don’t Let That Sun.”

Beneath Starry Skies may be the most impressive of the trilogy. Though it doesn’t lose the energy of the other two albums, there’s more of an emphasis on the hillbilly portion of “rockabilly,” especially on the grooving title track and resonant “Old Before My Time.”

Goodreid continued his artist growth with The Love, which came out earlier this year. Riffy and inspired, highlights include the heavy grind of “Needles and Sin” and soulful “Howl at the Moon.”

“Born to Raise Hell and Sing the Blues”

Coming quickly on the hells of The Love, Goodreid’s Howlin’ Wolf tribute “Born to Raise Hell and Sing the Blues” continues his prolific winning streak.

The track channels Howlin’ Wolf in its lyrics and attitude, right from its opening trademark Wolf howl (which, somewhat surprisingly, he adapted from the yodel of hillbilly singer Jimmie Rodgers).

Musically, the track is more Goodreid than Wolf, and that’s a good thing: when you pay tribute to someone, you want to filter it through your own artistic vision, not just copy them.

A moody intro is followed by tasteful guitar riffs and harmonica fills. The rest of the energetic rockabilly sendup is vintage Goodreid. Fittingly for a Wolf tribute, the highlight is his gritty vocals.

Where the Soul of Man Never Dies

Whether or not you’d include him on your Mount Rushmore of blues artists – and you’re wrong if you don’t – that Holwin’ Wolf was one of the great blues personalities is undisputed. Derek Lee Goodreid successfully pays him homage with “Born to Raise Hell and Sing the Blues.”