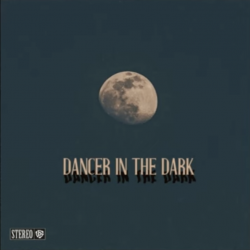 As a music writer, I know I’m supposed to come up with fun, flashy things about musicians, but sometimes you just can’t top how an artist describes themselves.

This is the case with French musician and composer Pierre Lecarpentier, who perfectly calls his music “psychedelic rock, folk on steroids, and pop from outer space.” He has released a staggering nine singles since July 2021, the most recent being “I’m Not There” and “Dancer in the Dark.”

Lecarpentier has released a staggering nine singles since July 2021, and each of them have a varied pallet of sounds and tones. Early singles “Braindead” and “1997,” both released in July 2021, are more acoustic based, especially the latter. Pierre’s lyrics are often evocative and emotional, as on “1997,” a song of parental loss: “is it normal for a child/to tell people his father went to live in the sky?”

His sound progressed with each additional release. “Somewhere, Nowhere,” which came out in March 2022, is almost a bridge song between earlier acoustic based material like “Braindead” and his more recent singles. To put a finer point on it, there’s both an electric and acoustic version of the track.

Other recent singles from Lecarpentier include “One of These Days” (September 2022), an ethereal guitar instrumental, and “I’m Not There,” which is his most direct foray into “pop from outer space.”

His most ambitious single by far, though, is “Dancer in the Dark.”

The 8+ minute epic begins, as a handful of his songs do, with samples of dialogue, giving it a Pink Floyd type flavor. This is followed by two guitars, one heavy and riffing, the other playing a gentle arpeggio, which branches out into chunkier rhythm and riffs.

The groove, which is almost a dirge, is absolutely hypnotic, and fits the spacey vocals. The song builds as it goes on, eventually with some super cool, swelling, ethereal synths.

Each of his singles are worth listening to, but Pierre Lecarpentier takes his music to another level on “Dancer in the Dark.”